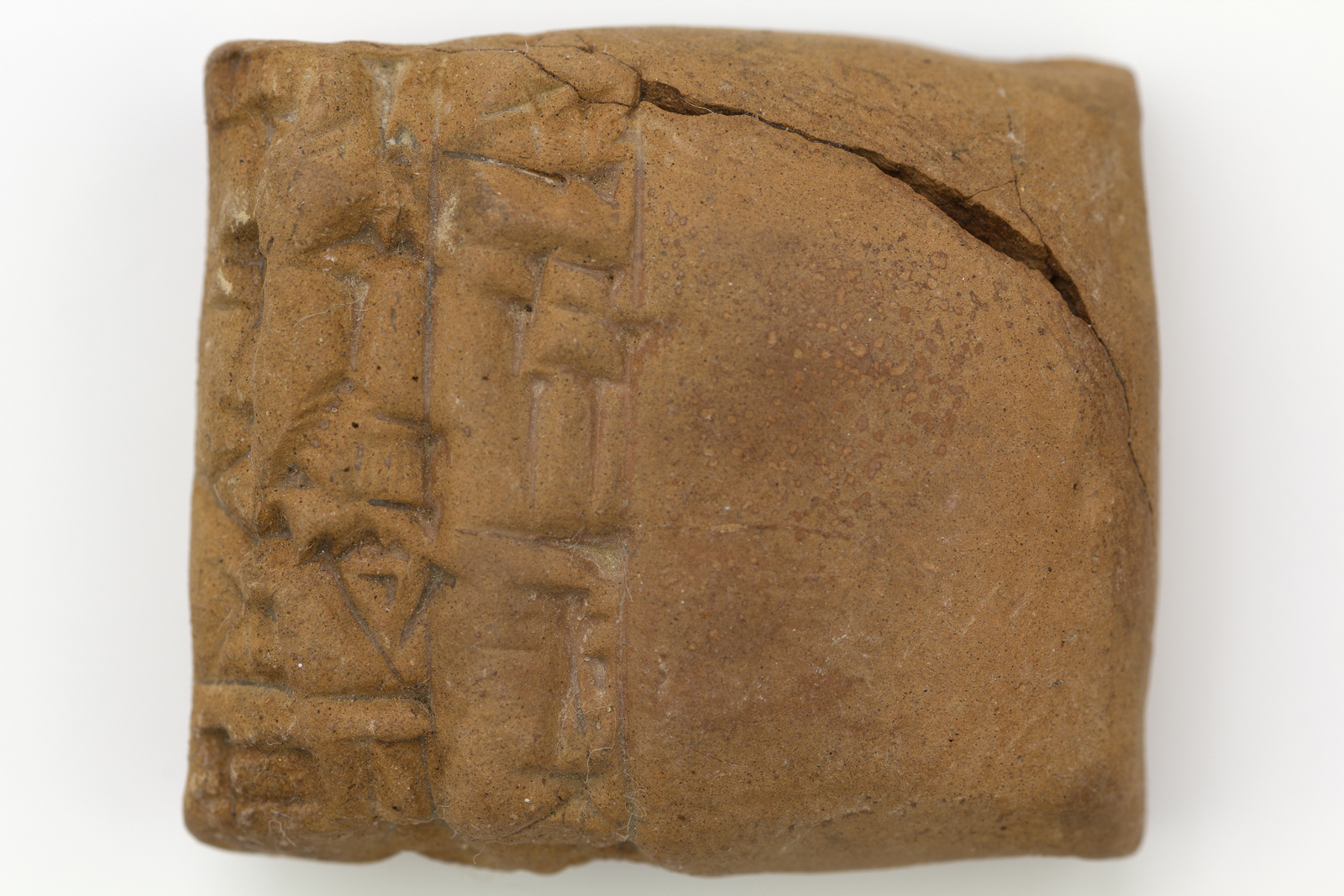 Because of the difficulty in drawing on wet clay (what do you do, for instance, with the clay that is displaced on the surface when you draw a curved line?), scribes began instead to press wedge-shaped characters into the clay with a stylus with a triangular cross section. This we now know as cuneiform (from the Latin ‘cuneus’ meaning ‘wedge’).

This example illustrates the move away from pictographs to cuneiform text. This example, dated to about 2000 BCE, records ‘receipt of 1 shekel of Silver for barley to Khalagash’. From around 2100 BCE clay tablets were sometimes enclosed in ‘envelopes’ for transport or security, which was achieved by stopping a fraudulent person getting to the tablet, moistening the clay and then inserting new details. 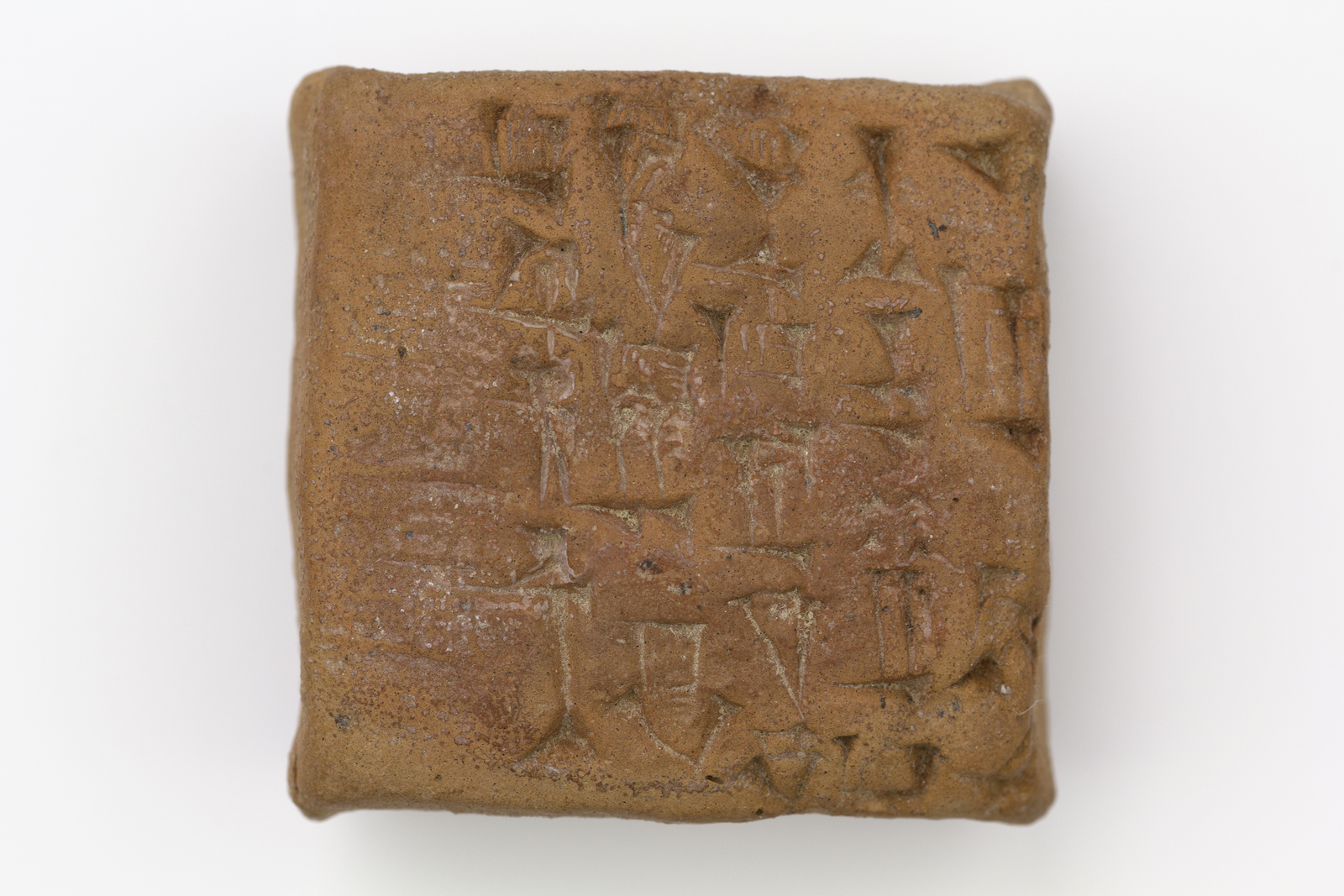