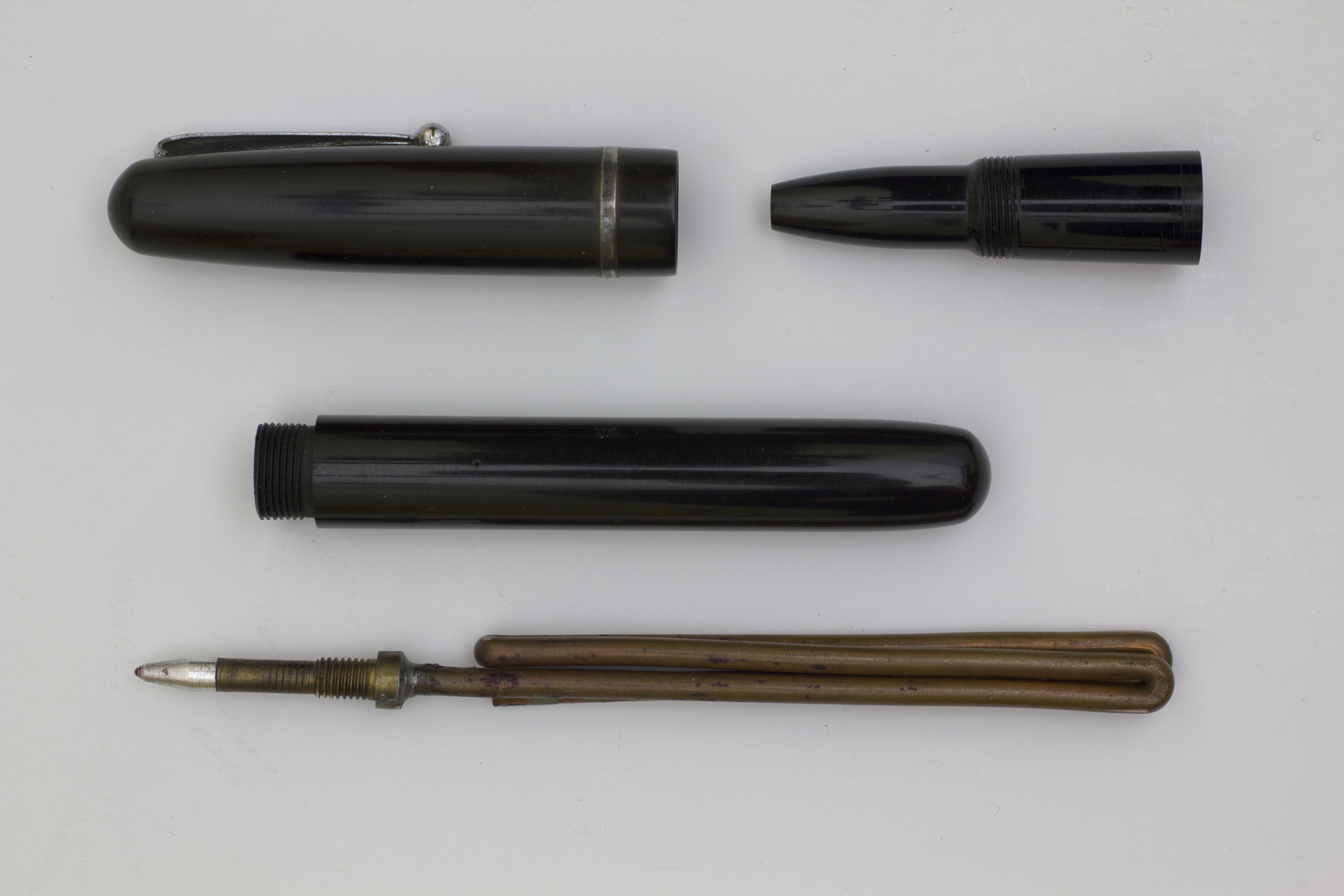 László József Bíró a Hungarian journalist, noticed that the ink used to print newspapers dried quickly, leaving the paper dry and smudge-free. He tried using the same ink in a fountain-pen, but found that it was too viscous to flow. Working with his brother György, a chemist, he developed a new tip consisting of a ball that was free to turn in a socket, and as it turned it would pick up ink from a cartridge and then roll to deposit it on the paper. Although László Bíró presented the first ballpoint pen at the Budapest International Fair in 1931, it was not until 1938 that he patented it in Paris.

In 1943 the brothers moved to Argentina. On 10 June they filed another patent, which was issued in the USA and formed Biro Pens of Argentina . This new design was licensed for production by the Miles Martin Aircraft Co. – which soon became the Miles Martin Pen Co. in the United Kingdom and supplied the Royal Air Force with the world’s first commercially successful ballpoint pen.