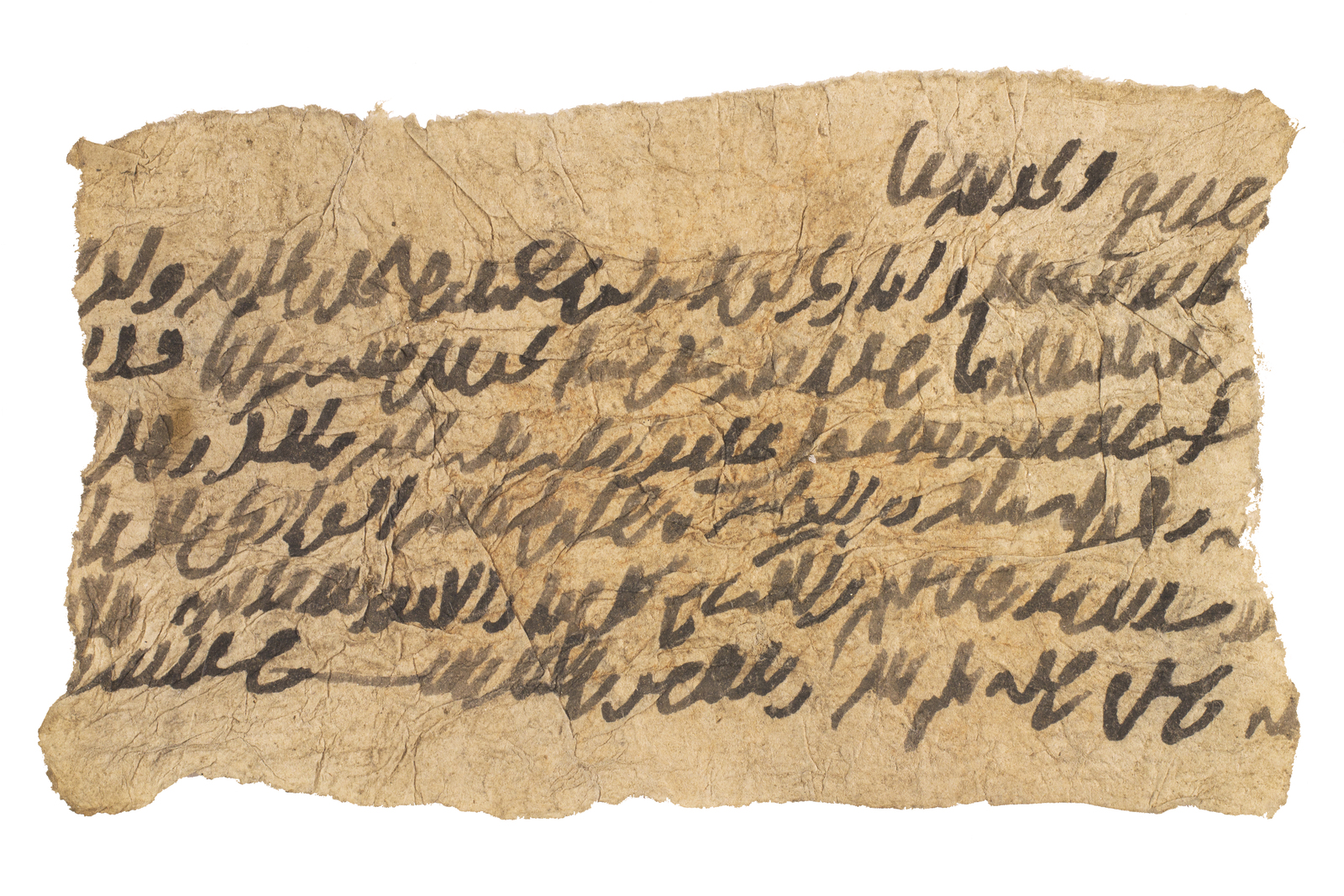 There were three important innovations in paper making in the Islamic world. One, mulberry bark fibres (unavailable in most of the region) were replaced by linen rag fibres. Two, hand-beating used to prepare the fibres was replaced by the use of trip hammers, later driven by water power. Three, a paper mould (consisting of a wooden frame whose base was covered by a netting of fine metal wire to catch the intertwined fibres) was introduced. These three innovations allowed papermaking to be conducted on a much larger scale and in many more places.

Paper was being made in Baghdad by 793 CE. Here you see an example of early Baghdad paper (802-809  CE) carrying the holy inscription in Arabic; ‘Allah is the only God, and Muhammad is his prophet’ It was part of a contract that was cut into eight pieces which were then used for amuletic purposes.  The signatories for the original contract are on the reverse.