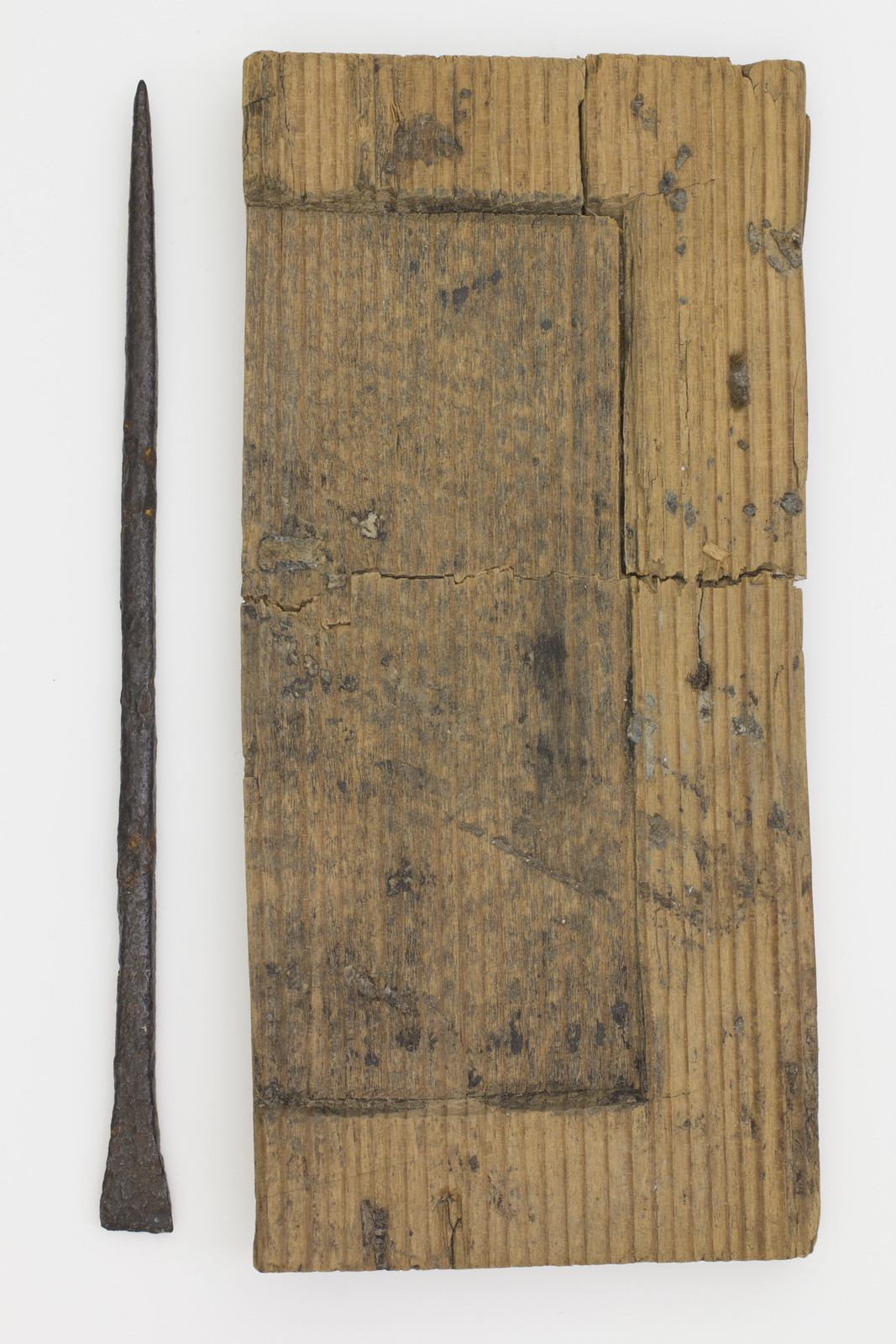 Wax tablets, first used by the Neo-Assyrians in about 715 BCE, were used extensively for the taking of notes and recording anything that did not need the relative longevity provided by papyrus. The tablet (or pugillare) usually consisted of a wooden base and frame into which molten wax, sometimes coloured with lamp black, was poured. In order to increase legibility, the wooden base was sometimes painted white. Once the wax set, it could be inscribed by the use of stylus, commonly of iron or bronze, which usually had one pointed end with the other shaped flattened into a rectangular shape. This end could be gently heated and then used to erase the characters and smooth the wax ready for further writing. Tablets could be joined together, usually along the long side, to create a series of ‘leaves’ (pugillares) which resembled a crude codex. Some surviving tablets record the script of a writer who had pressed so hard that the point of the stylus impressed itself into the wooden base.

The Roman stylus and wax tablet here date from 1st-2nd century CE and were found together in the surviving basement of a building in Cologne.