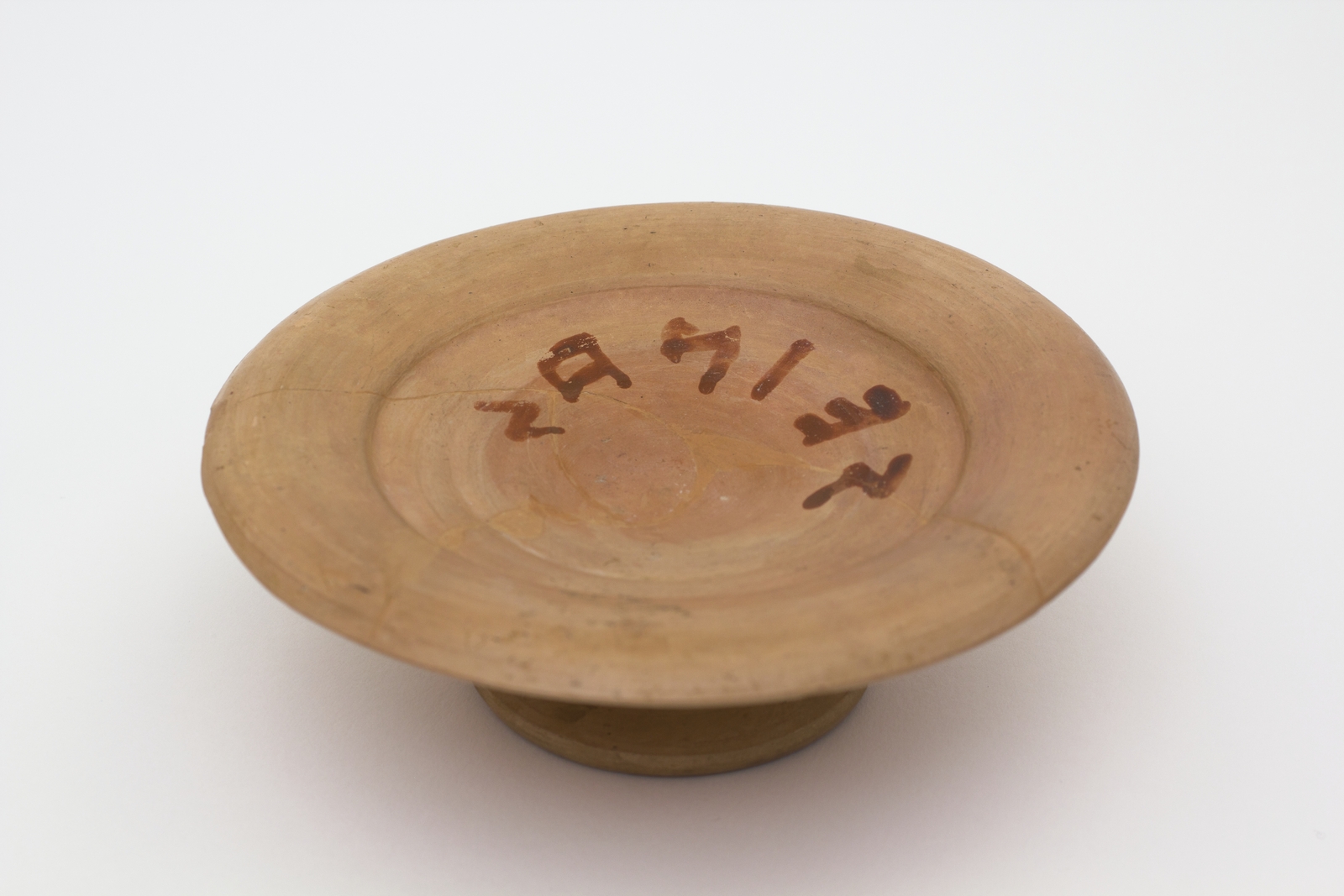 One should never forget that one of the earliest functions of writing was to establish ownership. This pale earthenware Etruscan dish has its owner's name, Seinas, written on top in red. Whereas the Greeks and Romans wrote from left to right, the Etruscans wrote from right to left.