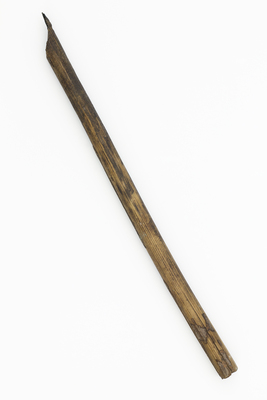 Papyrus was the paper of the ancient Mediterranean world and was used in Greek and Roman culture as well as in Egypt. By this time reed pens, rather than reed brushes, were the main writing instruments. 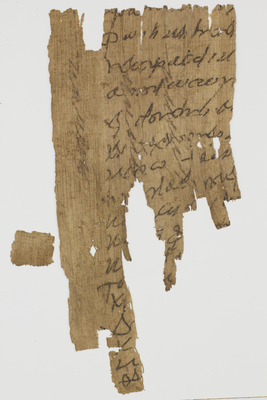 This is a fragment of papyrus written in Greek, with sixteen lines partially visible; it is part of a document covering the terms of a loan. Unlike most Egyptian writing, Greek was written left to right.