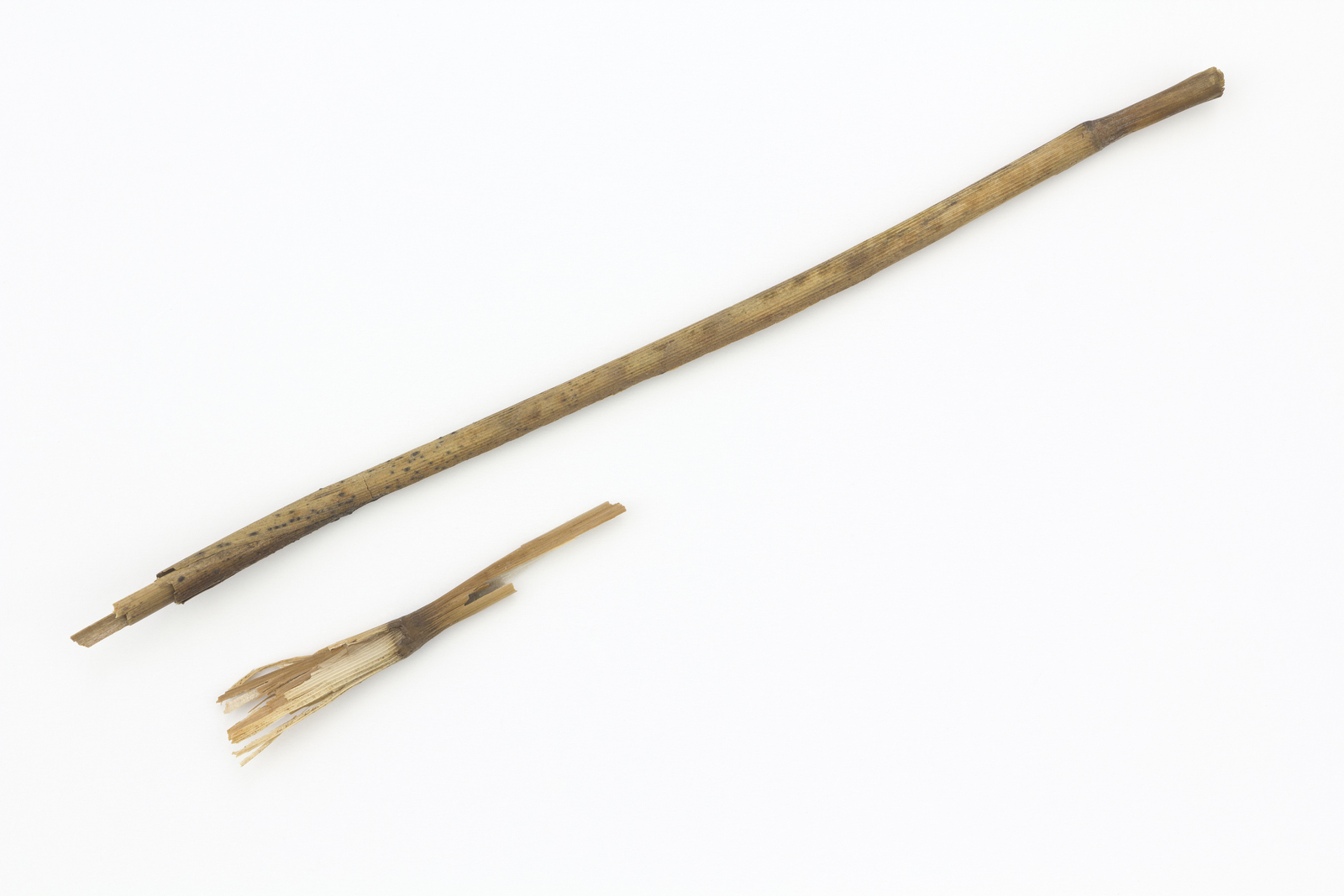 Until the introduction of the reed pen, probably in Egypt in 4th Century BC, writing on wood, papyrus and most other surfaces was by use of a brush.

Many brushes were made from Phragmites australis, the common reed. The end of the reed was crushed so that the fibres were separated, forming a brush head that can be used for applying ink to papyrus. This specimen dates from c. 110 BC. 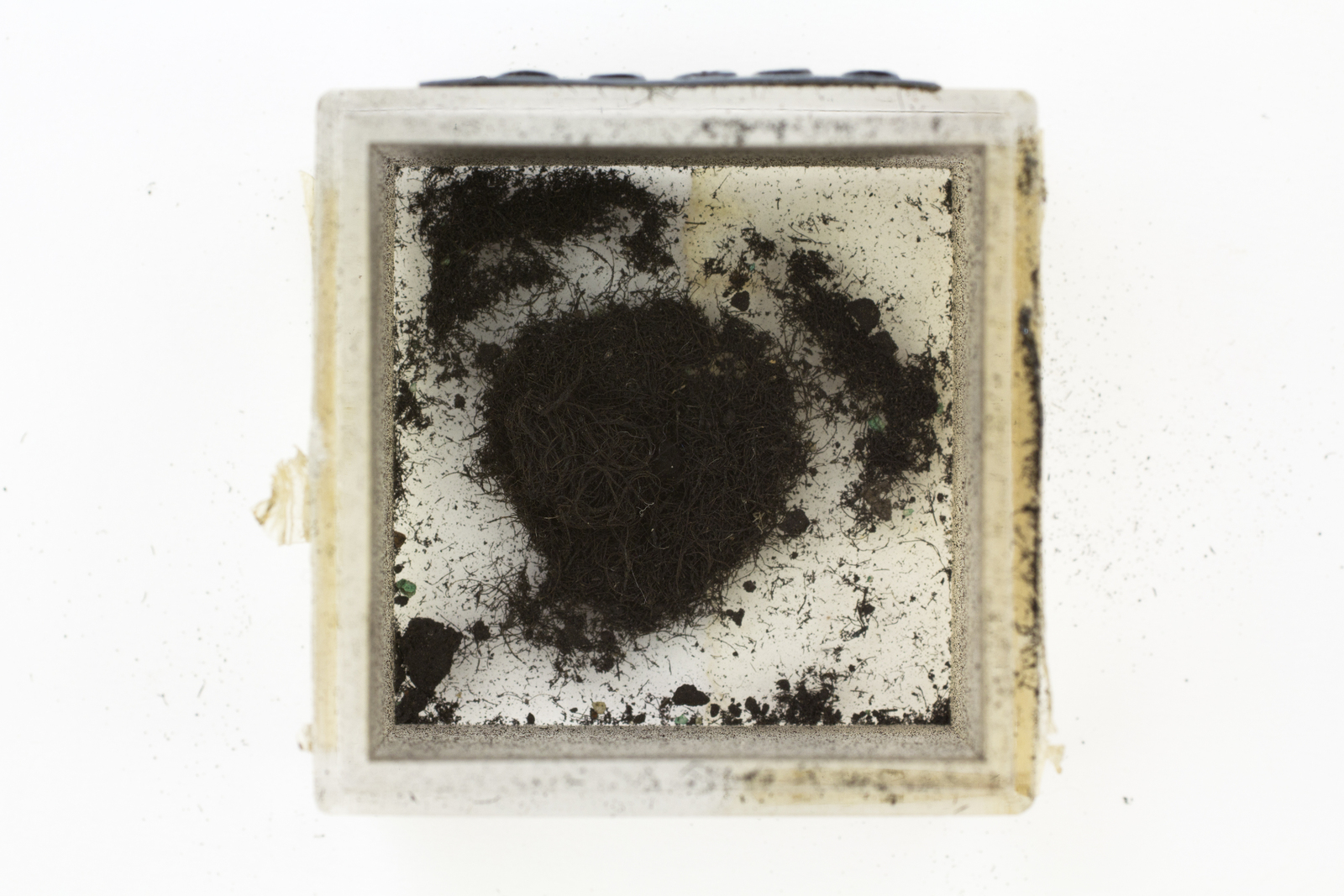 Most Egyptian ink was either black or red, red being used sparingly for important or some time potentially dangerous text, such as the names of rulers or spells. This black ink – made of carbon (usually lamp black or soot), flax, and gum arabic– dates to about 75BC. Red ink gained its colour by the use of the naturally-occurring iron oxide haematite (Fe2O3). Ink usually came in solid blocks or in the form shown above and had to be wetted like water colour paint before use.