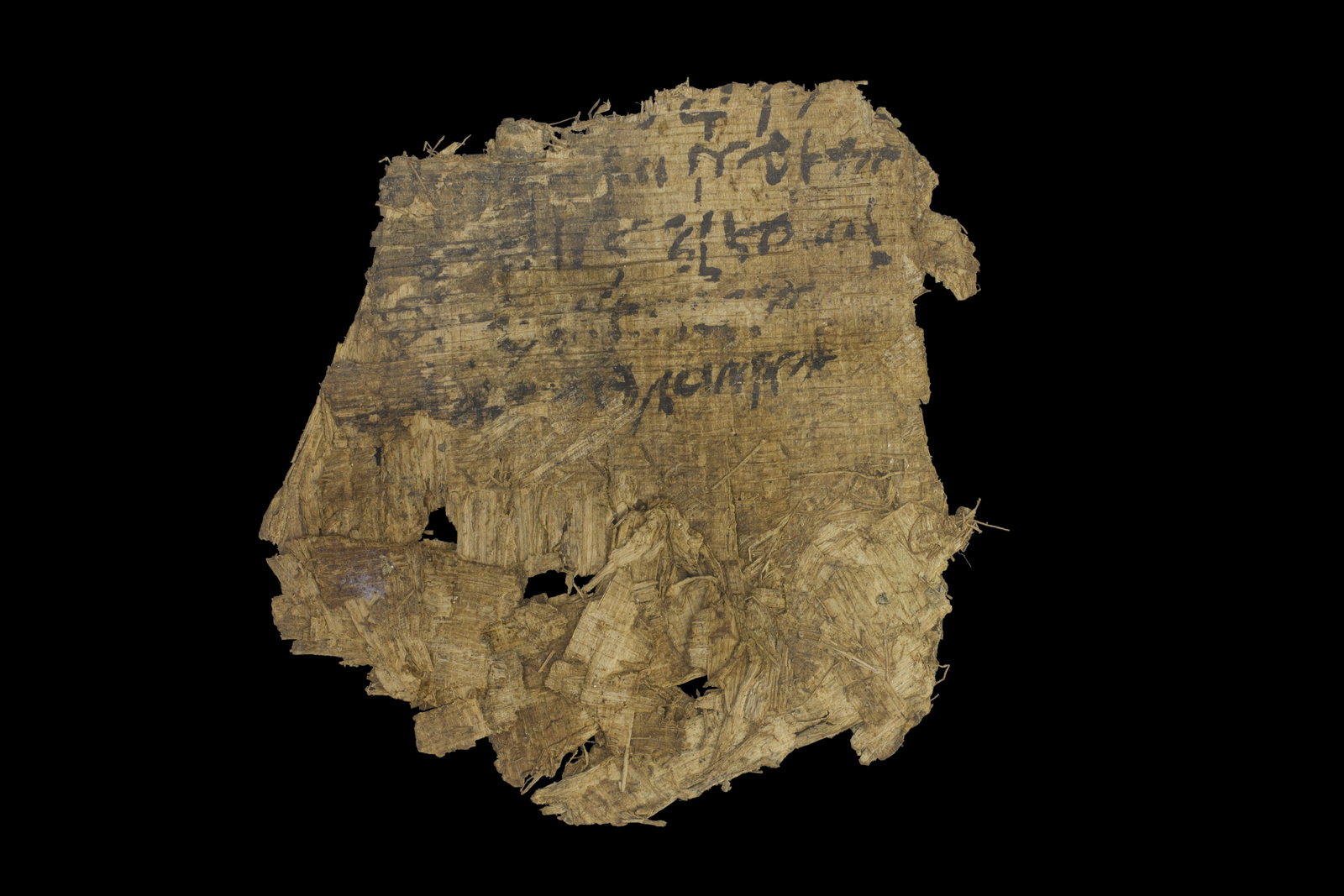 Carving writing into stone was a slow, skilled and expensive business. Painting on wood was faster, but wood was rare and thus expensive, being mostly imported into Egypt from Lebanon. Like stone, therefore, wood was usually reserved for monumental or funerary use. Sheets of papyrus, however, were different. These were made from the pith of the triangular-cross sectioned stem of the papyrus plant, Cyperus papyrus, a wetland sedge once common in the Nile delta. The pith was cut into long strips which were then laid in rows with their edges slightly overlapping. A second layer of strips was then laid on top at ninety degrees to the first layer, and the resulting sheet gently hammered and left to dry. The surface was then polished, usually with a stone, to give a smooth writing surface. Sheets of papyrus could be glued together to produce long rolls.

By 650 BCE a new form of writing had emerged in Egyptian culture, which was even more cursive and easier to write than hieratic. This was called ‘demotic’. Demotic was characterized by a lighter and more ligatured sign-formation that could be written more quickly.

An example of Demotic script written in black on cartonnage around 600 BC. Cartonnage was a sort of papier-mâché made of papyrus that was moistened and then moulded over the face and body of a corpse to create a case for the mummy.