By the First Intermediate Period (2181-2025 BCE) and the Middle Kingdom (c. 2025-1700 BCE) these ritual texts had adopted a new form and had become ‘Coffin Texts’. As their modern name suggests, these were most commonly written on the wooden surfaces of coffins. Because they were cheaper to produce than carved stone, these texts were available to a wider social range of users, including court and other officials. This is a fragment of a wooden coffin decorated with bands of colour and hieroglyphics, in blue, yellow, pale green and white on one side, and hieratic text in black and red (from the Book of the Dead) on the other. 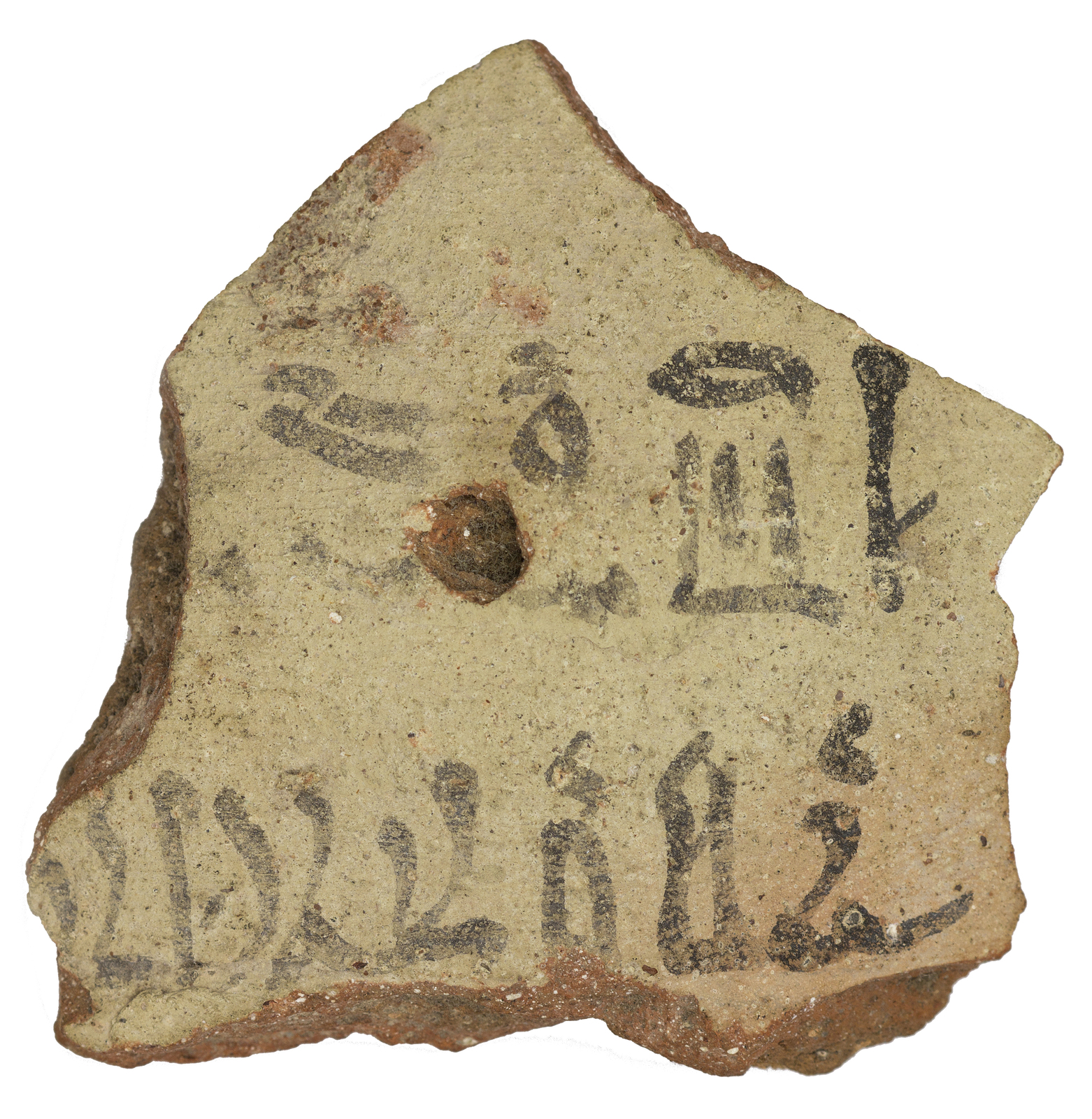 Hieratic script was an adaptation of hieroglyphic script aimed at simplifying the signs and thus making them easier and quicker to write. For this reason hieratic was commonly used for non-monumental and non-religious purposes such as business and administration, and to record literary and scientific texts. Such texts tended to be written on papyrus, rather than carved in stone or painted on wood.  Hieratic was almost as old as hieroglyphic writing but was not used for so long.